3154
Scan with our application for additional information. 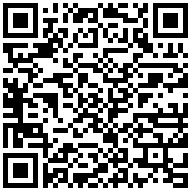 village of Oryahovo and village of Vaskovo in Haskovo, Bulgaria It was first studied at the end of the 19th century by the Bulgarian brothers Stefan and Georgi Bonchev and the Czech brothers Herman and Karel Škorpil. Their total number then exceeded 70. In the Kapakliykata area near the village of Oryahovo there is a necropolis consisting of 4 dolmens. The name of the area probably comes from the dolmens, which the local population likened to "covered with a lid" ("kapak" meaning a lid in Bulgarian). Very interesting is the dolmen in the Eshmedzhika locality, where rare oval dents have been found on the inner walls of the stone. In Kerez Dere locality there is another dolmen and a mound necropolis consisting of 5 dolmens dated to the early Iron Age - 10th - 11th century BC.

Dolmens are among the most common types of megalithic monuments in Bulgaria. Their great concentration in Sakar Mountain is unusual. Such is the dolmen necropolis lying between the village of Oryahovo and the village of Vaskovo.
Rate: