1889
Scan with our application for additional information. 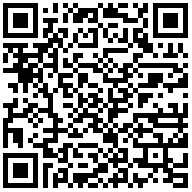 Chapel of the Holy Trinity, village of Zhalti Bryag

village of Zhalti Bryag in Haskovo, Bulgaria
The chapel is erected above the healing spring. It consists of one room with icons and murals on the walls. Under it a domed well for the healing water was built.
Its chapel feast is celebrated on the day of the Holy Spirit, marked on the fifty-first day after Easter. In the village of Zhulti Bryag the chapel is known as ""Sta Truitsa"". Every year an all-village fair is organized at the healing spring, with a public prayer service and a kurban meal. People in need come all year round, not only from the village, but also from the entire region. They wash their eyes and tie a thread from their garment to a bush in front of the entrance to the healing fountain.
After the 1960s this holy place was abandoned and left in neglect. The icons were plundered, the frescoes destroyed, and the walls pulled down.
In 1977, for a short time, the hunting company turned the chapel into a hut - with a fireplace, tables, and chairs. In 2000, it was restored and renovated with funds donated by the locals. It was consecrated on the day of the Holy Spirit. Not only residents from the village took part but also people from Zhalti Brayg living in Haskovo. Now the chapel and the place around it are maintained by the church board. It is visited by the needy and by believers in the power of the healing water."

INTERESTING FACTS:
A legend says that, about 150 years ago, a girl named Bozhka Kavrakova had a vision in her dream on the eve of Pentecost Monday. In her dream she saw a man who told her to go to Yamacha locality near the village, under the two rocky peaks, and to start digging with a hoe - water healing for the eyes would gush out. The frightened girl did nothing but also told no one. The following year at the same time, the dream was repeated, but with words of warning: ""If you do not tell anyone and do nothing, you will go blind."" The girl told Grandpa Gurko who went to the place, made a dig into the ground and water spouted out. He put up a small stone fountain and later a chapel was built by the soldiers returning from the two Balkan wars.
Rate: