3182
Scan with our application for additional information. 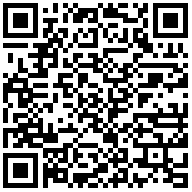 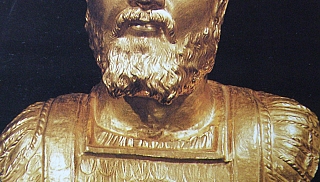 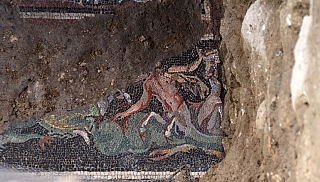 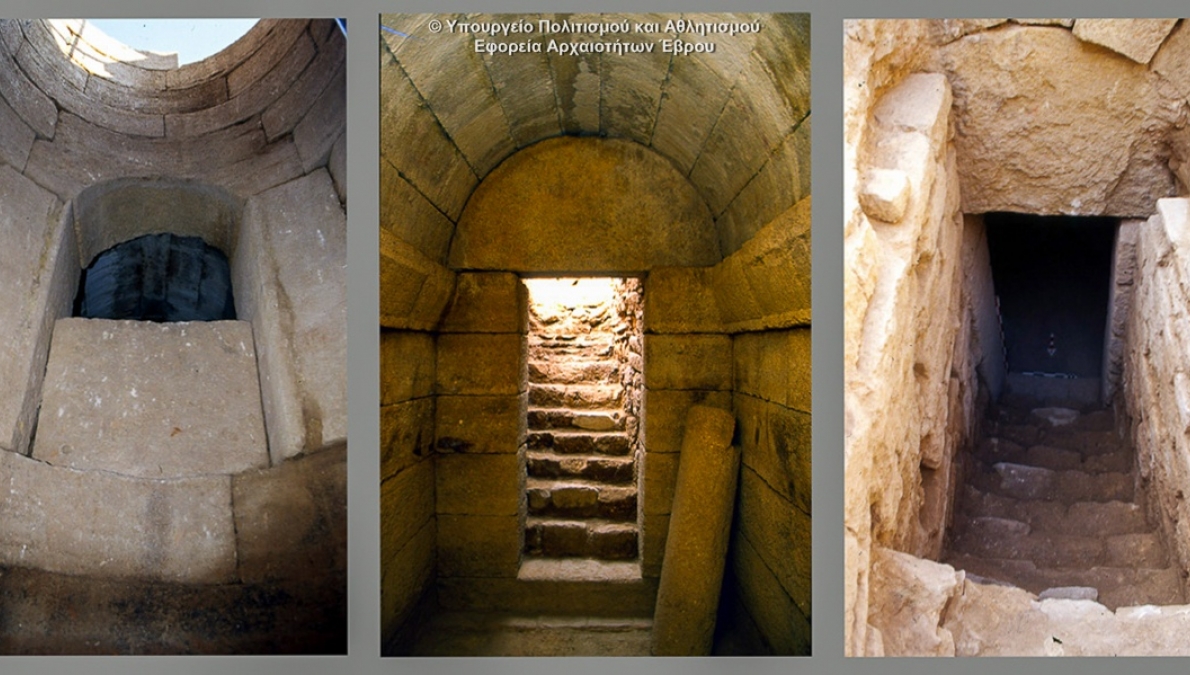 Plotinopolis was a Roman city, founded by Emperor Trajan, who named it after his wife Plotina. It is close to the present-day Didymoteicho and is situated on a hill, called The Holy Stone (Agia Petra).
Before World War II this elevation of strategic location aroused the interest of archaeologists.
Methodical archaeological investigations were carried out in the locality of Agia Petra by the 19th Service for pre-Historical and Classical Antique Archaeological Research in the summer of 1977 and the beginning of the 80s. In the autumn of 1996 archaeological excavation work in Alexandroupolis began again. A terrain in the middle of the eastern slope of the hill was excavated, just across from the Evros river, at the site, where, in the 80s of the 20th century archaeologists found a construction with floor mosaics.
Remains of other buildings were unearthed; they, together with the construction with the mosaics must have belonged to a big integrated architectural complex. The buildings were used between the 2nd and the 3rd century A.D. The flooringof a Roman building with a water main was also excavated. To the north of this building archaeologists discovered a hypocaust , which confirmed their working hypothesis that it was a bath.
The most remarkable find, however, is a well with an inside diameter of 2,20 m. It was built of hewn stone in accordance with the Roman building system. The well has been excavated to the depth of 11,20m but its bottom has not been reached yet. In the northern part of the well, 2,50 m deep from the preserved mouth, there is an opening leading to a domed chamber. The complex (a well and a chamber) is connected to the water-supply system of the city and must have been contemporary to its foundation (the 2nd centuryA.D.) Archaeologists have also found an uninterrupted pre-historical layer of habitation. Thirty five pits from dug-outs have been discovered
This layer is dated from the late Neolithic period. The other archaeological finds are dated from the 4th – 6th century.
During the excavations (in 2006) archaeologists dugged up the area north of the entrance to the chamber of the well. There they discovered three drain pipes: one from Roman times and two from the early Christian period. They also found a fragment of a Roman mosaic. In the area of the south-eastern part of the town where no remains of buildings were found, excavations “went down” in depth where ceramics, brought from Atika were found ( black-figured and ceramics with the so called “Western deviation” decoration) from the 4th century B.C..alongside with local hand-made Thracian ceramics.
One of the most significant archaeological finds in the region is the so called “Gold bust”. In1965 while digging out trenches soldiers found accidentally the gold bust of a bearded man with decorated chain armour. The size of the protome is a little smaller than the natural size, i.e. it is
26cm tall. The effigy has a triangle hole and is slightly bent in the left side of the face – a damage, caused by a pickaxe. This is a work of toreutics, made of gold and weighing about a kilogram.This  bust is the effigy of Emperor Septimius Severus (191 – 221 A.D.). Now the Gold bust is exhibited in the Museum of Komotini and is one of its prides. It is dated from the Roman period
(the end of the 2nd and the beginning of the 3rd century A.D.).
In 2009 as a result of excavations at this site another mosaic saw the light of day. It has mythological motifs - Apollo and a muse on dolphins and pictures of birds. Chronologically the mosaic refers to the second half of the 2nd century or the beginning of the 3rd century A.D. Excavations were also carried out in 2011 with the financial support of the Municipality of Didymoteicho and the Region of Eastern Macedonia and Thrace.
Rate: