4326
Scan with our application for additional information. 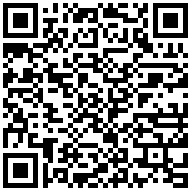 Soufli in Evros, Greece
The Thracian people chose strategic and naturally secured places that made it possible for them to control their economic and military activities in the region. The locality of Derveni is close to the mouth of the Mankazi river which takes its source from the God’s Mountain or Tanri Dag in Turkish. Multitude of ancient settlements were founded on its banks as it can be seen from the abundance of archaeological finds discovered so far. One of the sites with interesting finds from the Roman period is in the area where the present-day Monastery of Dadia is located. Close to the mouth of the river there are two hills rising close to each other and leaving a narrow  pass between them. The uniqueness of the place secured surveillance of the chief land roads and river navigation routes leading from the Aegean Sea and the Eastern Mediterranean to the hinterland of the Balkans and towards the lands of Eastern Europe. The locality combines the geomorphology of a road junction, an area close to the river and the mountain range of the Rhodopes with the fertile valley on the river banks.  In this way the locality established itself as a strategic military and trade centre. The density and number of historical settlements in the region, stretching a few square kilometers are impressing.
The settlements in question are dated from the Early Iron Age in spite of the speculation that future excavations will reveal even earlier dates of habitation there. Of special importance is the eastern part of the region because of the rock-hewn niches “shterns” which must have been used as tombs with engraved symbolic effigies around them.  It is possible that all these artifacts have ritual and religious significance and are traces of life of a Megalithic culture here. The place was inhabited without hiatuses from antiquity onwards which is testified by the ceramic fragments and other objects as well as by the remains of ancient dwellings. Unfortunately, the secondary use of building materials by the villagers to build newer houses and the incessant cultivation of the land limit the likelihood of finding much from these ancient settlements.
Ancient written sources, chiefly Roman guide-books enable us to identify the settlement as the ancient Zirinia or Zerve or Zurbe, i. e a Thracian settlement, which must have been inhabited anew by  the Antonine Dynasty at the beginning of the 2nd century A.D. The last emperor of the dynasty - Commodus used the settlement not only as a base(mutation) but he turned it into an autonomous city with a city assembly following  the structure and kind of the ancient Greek polis. This can be seen from the inscription found in Derveni recently.
Rate: