1451
Scan with our application for additional information. 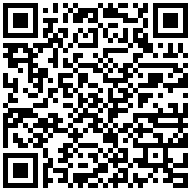 In the first decades of the 20th century the Haskovo-based Armenian community gradually developed and strengthened. Their main goal now was to have their own place of worship. At a gathering it was decided that the two rooms located in a yard purchased by the community would be transformed into a chapel. Busy work started - the middle wall was pulled down and the two rooms were connected, turning them into a chapel. In one corner was the altar with the Virgin Mary icon on the wall and two large burning candles on both sides. In the middle they placed a Vem Кar, a consecrated piece of stone brought from the church in Hay-Quih. In 1923, they celebrated Easter here for the first time. The first service of worship was carried out. The entire Armenian community based in Haskovo attended this momentous event.

INTERESTING FACTS:
February 24, 1924 was a memorable date. All assembled Armenians chose the church board members. The Arax Society was also set up, whose members were tirelessly contributing to accomplishing the goals of the Haskovo-based Armenian community. Their zeal and yearning for a faster completion of the building intended for a church and a school were crowned with success. On 15 August 1925, the building of the church of the Assumption of the Most Holy Mother of God was handed over to the church board of trustees. The first floorwas designated for the church named ""Surp Stepanos"" and the upper floor - for a school.