1298
Scan with our application for additional information. 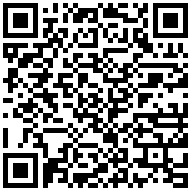 Evros, Greece in Evros, Greece
Via Egnatia is one of the biggest military and trade roads of the ancient world. It was known as the royal Via Egnatia. This is the axis that connected Rome with its possessions in the East. It was constructed in 146-120 B.C. by the pro-consul of Macedonia Gnaeus Egnatius over an earlier ancient road crossing the regions of Macedonia and Thrace from east to west. Along this road passed the armies of Darius and Xerxes at the time of the Persian campaigns against Greece at the beginning of the 5th century B.C. The same road was used by Alexander the Great in his march from Europe to Asia.
This was the first public road, built by the Romans outside Italy. It started from Apollonia and Dyrrachium in Illyricum, on the territory of present-day Albania, crossed Macedonia reaching the Nestos river, then ran through Thrace and continued to Hellespont and Byzantion. For over 2000 years this was the only good road in the region and it played an important role in the destinies of the Roman, the Byzantine and the Ottoman empires.
Along Via Egnatia, at intervals of 7-14miles (10-20 km) there were stations for rest and provisions with staff attending to the travelers. There were also inns at the terminal of the distance covered in a day (i.e. 30-40miles or 45-60km) . This organization influenced seriously the structure of Macedonia and Thrace- till the present day the biggest cities are situated on the axis of Via Egnatia at a distance of about 45-60km from each other. (Edessa, Yanitsa, Thessaloniki, Apollonia, Amphipolis, Philipi) but also Kavala, Xanti, Komotini, Alexandroupolis. There were also barracks, prisons, control points, sentry posts around rivers, hills and mountain passes. The original length of the Roman road of Egnatia from the Adriatic Sea to the Evros river was 535 miles. At intervals of one mile on the road there were guide boards and milestones containing information about the distance the traveler was from the road starting point.
On the territory of Thrace especially in the prefectures of Xanti and Rhodopi, the route of the ancient Via Egnatia coincides to a great extent with the present day Via Egnatia high way. Most of the preserved sections of the road, however, are in the prefecture of Evros. The first and the most important section starts from the boundaries of the prefectures of Rhodopi and Evros and can be seen with a naked eye as far as the north-eastern end of the ancient Mesimvria- Zoni. It runs along a low ridge dividing the valleys of Komotini and Alexandroupolis and is a remarkable example of constructing a road through rough country to the present day. There are also well preserved plain sections which practically coincide with the modern high way after Alexandroupolis and Trayanupolis.
At all sites where the remains of the ancient road are visible there are information boards with symbols that are the same for all Roman roads; these have been agreed about within the frames of a European project. There are also signs for orientation along the whole known today route in the mountain passage of Zonea, so that every traveller can experience the excitement of finding out that he is travelling along an ancient road.
Rate: