3353
Scan with our application for additional information. 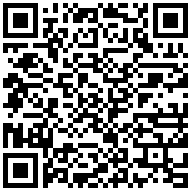 Doriskos in Evros, Greece
The settlement was inhabited by the ancient Thracians whose traces have been found in the pottery fragments discovered here.
Later the Persian King Darius came here during his march to Scythia (513 B.C.) and built a strong fortress where the Persian sentry was posted. About a century later, in 480 B.C. Xerxes also came here to count his army in the fields around.
After the Persian withdrawal, the city became Athenian power base and later a base of Philip and Alexander of Macedonia.
During the Hellenistic and later during the Byzantine and Ottoman periods the settlement was small and insignificant. Because of the frequent pirate raids the local inhabitants moved a few kilometers into the hinterland. The Ottomans called it Romdjik, i. e. ‘small Byzantine’.
Today on Doriskos elevation are found remains of ancient walls, mounds, burial sites, and a lot of broken pottery and coins. Among these is a bronze coin of the eight-ray Star of Vergina design. All this is awaiting the archaeologist who will find the site treasure and will turn it into a watch-tower of our national memory.
Rate: